The IOI-SA is one of the three Centers in Expertise for the “Enhancing Marine Management in West, Central and Southern Africa through Training and Application” Project. In January and February of this year (2019) we have visited the three pilot countries – Benin, Ivory Coast and Ghana – to understand their capacity needs for implementing Marine Spatial Planning (MSP) as part of the Mami Wata project. 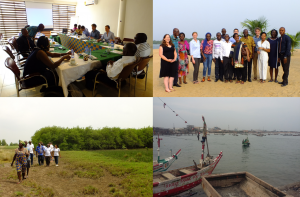 Applications are open for the 2019 IOI-SA Course in Ocean Governance for Africa.

The course will run from the 2 – 27th September 2019 in Cape Town, South Africa. The course is run in collaboration with our partners, SANBI and SAIMI. For more information, please go to the Course Page where application forms are also available. 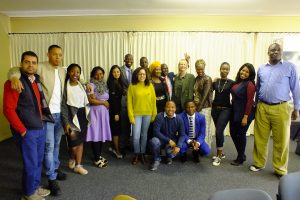 Applications will close on the 18th April 2019. Spaces are limited.

In October 2018, IOI-SA attended the 3rd World Small-Scale Fisheries Congress in Chiang Mai, Thailand.  The Congress is an international gathering of approximately 350 researchers, practitioners, academics, fisher organisations, CSOs, international development agencies and policy makers to share information about all aspects of small-scale fisheries and to formulate action plans and capacity development programmes to support the implementation of the UNFAO SSF Guidelines. The main theme for the 3rd World Congress was ‘Transdisciplinarity and Transformation for the Future of Small-Scale Fisheries’ with the aim of facilitating interaction, information sharing, cross-fertilization of ideas and networking opportunities for participants. 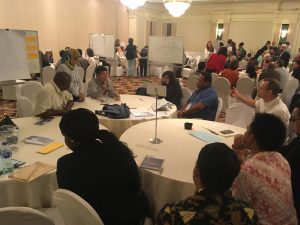 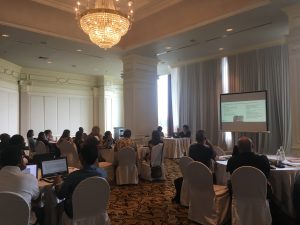 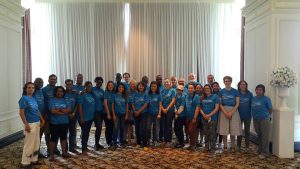 Adnan Awad is in Mauritius overseeing a port biological baseline survey, with the team from Mauritius Oceanography Institute. They are sampling all habitats in and around the Port Mathurin and adjacent marina, including video transects on the outside coral reefs. This will give them a baseline of marine biodiversity and indication of any introduced alien species. So far they are very impressed with the species richness for corals and reef fishes and haven’t yet noticed any serious invaders. Following 5 days in the field, samples will be sent back to Mauritius and South Africa for taxonomic ID, which may take several months.

Applications are now open for the 2018 Course in Ocean Governance. The course will run from the 3rd – 28th September at Kirstenbosch in Cape Town, South Africa. The course will be run in collaboration with our partners SAIMI and SANBI.  The deadline for applications is the 13th April 2018. Spaces are limited. For more information please go to the course page. 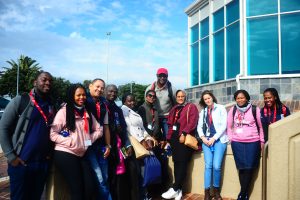 The course is designed to contribute to building a sustainable core of experts on ocean governance for the continent and is intended for professionals, managers, educators, researchers and civil society members that have coastal and marine related responsibilities, functions or interests, preferably from or with an interest in countries within the African region.

IOI-SA has been the Cape Town support base for the Building International Partnership to Enhance Science-Based Ecosystem Approaches in Support of Regional Ocean Governance Meeting. 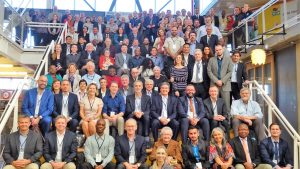 The meeting was organised by The GEF, UNDP, UNESCO IOC, UN Environment and FAO. The goal of the meeting was to enhance cross-sectoral, science based ecosystem approaches to regional ocean governance in the implementation of the 2030 Agenda for Sustainable Development. It took place in Cape Town on the 27th and 28th November, 2017 and was immediately followed by the 19th Large Marine Ecosystem Meeting from the 29th November until the 1st December.

The meeting report is available here: Report 2017. The agenda and all presentations are available on the IW:LEARN website.

Recent studies on the amount and nature of plastic that is ending up in the ocean, as well as the ecosystem and health impacts associated with this modern source of pollution have caused an increase in public awareness of the issue and concern about how to tackle it. Eighty percent of plastic that ends up in the ocean is getting there through land-based sources. In a world that produces 300 million tons of plastic per year and about eight million tons of that ending up the ocean, from where it is almost impossible to retrieve, the issue of plastic pollution has become a global concern (Ocean Atlas 2017).  The solution to the majority of plastic pollution in the ocean starts on land, and while we are only just coming to terms with the scale of the problem, we are also looking for innovative, collaborative solutions.

The United States Consulate General, in partnership with the South African Maritime Safety Authority, the International Ocean Institute – African Region, the V&A Waterfront, and Operation Phakisa, held a public discussion on international, regional and local perspectives on ocean sustainability, with a focus on mitigating plastics pollution.

This forum on plastic marine debris is intended as one of many opportunities for decision makers and experts to get together to discuss solutions and mitigation measures to prevent plastic reaching our oceans, as stakeholders begin to realise the urgency of this issue. It is anticipated that this will be the first of many structured discussions that allow for effective engagement amongst the public, academics and government stakeholders on a variety of marine and maritime subjects. The report is available here: Plastic Pollution in Our Oceans 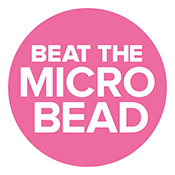 IOI-SA is working with the Department of Environmental Affairs, various NGOs and organisations to Ban the Microbead in South Africa. If you would like to help us by signing the petition to the Department of Environmental Affairs, please click here. A show of public support will support the case for the banning of this unnecessary source of pollution. 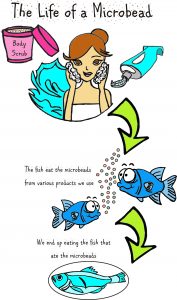 IOI-SA is the National Coordinator of the WWF-SA and TETA Small Scale Responsible Fisheries Training Project. The project is designed so that a pool of members from small scale fishing communities are trained as trainers and empowered to deliver workshops to small scale fishing communities around South Africa. The workshops explain the Ecosystem Approach to Fisheries and responsible practices through a series of discussions, videos, interactive games and presentations. 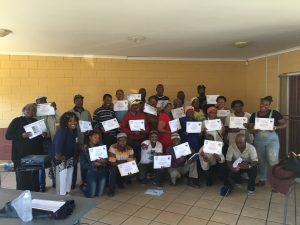 So far, training events have been conducted in Kleinmond, Gugulethu, Doringbaai, Papendorp and Hondeklipbaai and have reached in excess of 89 people.

The goal of the project is to reach at least 850 people in small scale fishing communities throughout four coastal provinces over the next two years. To find out more, please visit the project website.