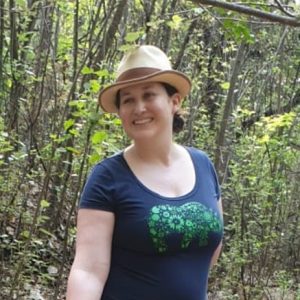 Shannon Hampton is the Programme Manager at IOI-SA. She coordinates the IOI-SA Course in Ocean Governance for Africa that runs annually. She is passionate about responsible fisheries practice and helped initiate the IOI-SA’s Small-scale fisheries work in 2016.

Shannon works on the STRONG High Seas project and is part of the WIOGEN – MeerWissen project team. She is also involved in IOI-SA’s invasive species work. She works with Ghana’s Environmental Protection Agency on their Marine Spatial Planning project as part of the MAMI WATA work IOI-SA is involved in. In 2015 she initiated the “Beat the Microbead” campaign in South Africa and IOI-SA’s joining in the Safeguard our Seabed Coalition.

Shannon completed her PhD in a multidisciplinary study on small pelagic fish stock structure at the University of Cape Town. Her MSc, also at UCT, investigated the impact of flipper bands on African Penguins while her BSc (Hons) projects focused on inter-tidal invasive species. She was the field manager of a project to control the population of an invasive species of crab from Hout Bay Harbour. She also co-wrote the generic Industry Code of Conduct for Responsible Fishing in South Africa on contract for CapFish. She has spent time volunteering on the Namibian Dolphin Project in Luderitz and Walvis Bay and as a front of house volunteer at the Two Oceans Aquarium. She enjoys tutoring students and environmental education and is hoping to expand the outreach work that IOI-SA does in schools in South Africa.